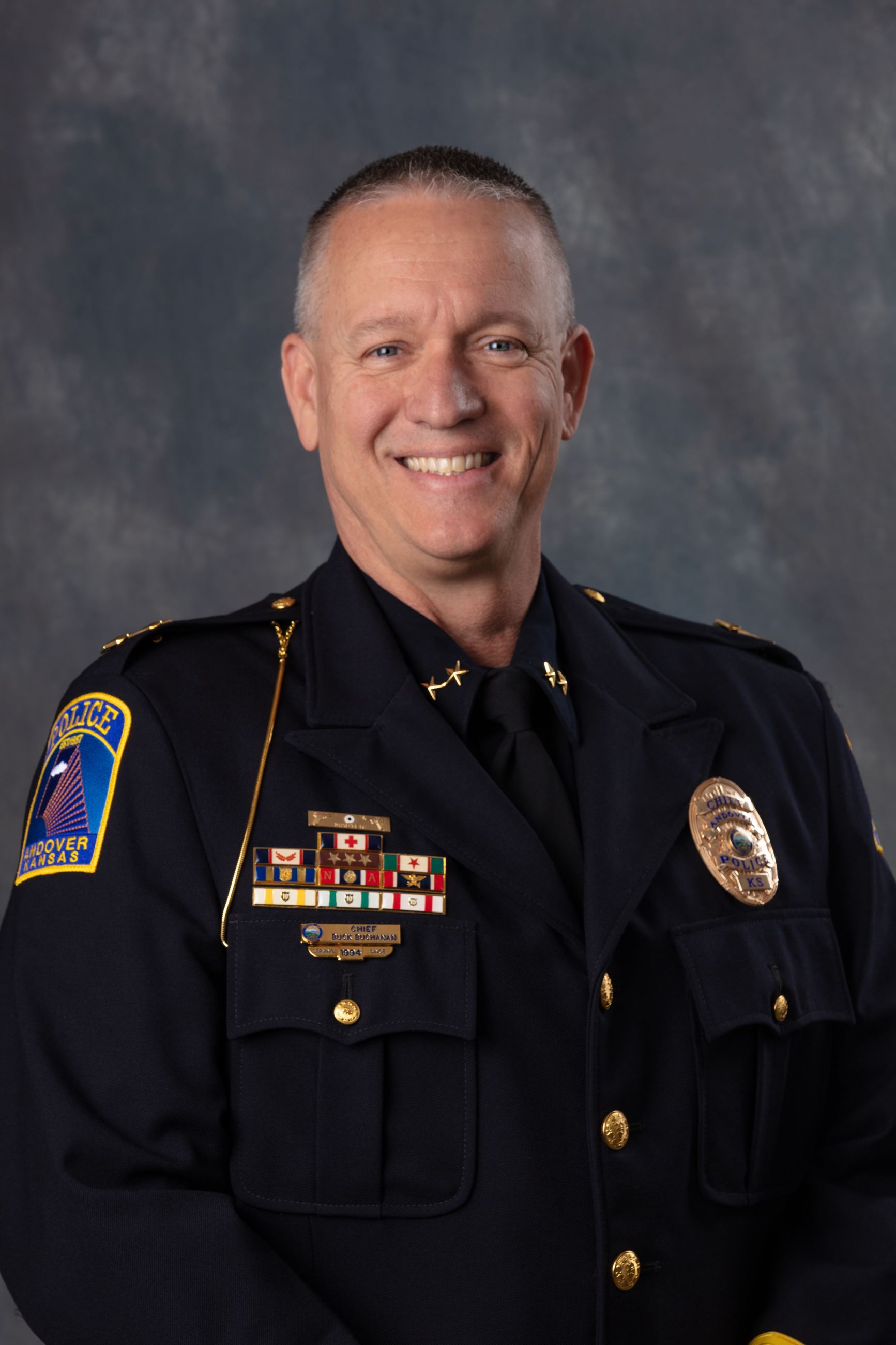 Chief Buck Buchanan was appointed as Police Chief of the Andover, Kansas Police Department on September 25, 2021, and began his career in law enforcement as an Andover Police Department Reserve Officer in 1994 and a few months later was hired by the Wichita (KS) police department.  In 1997 Chief Buchanan returned to the Andover Police Department as a Reserve Sergeant where he remained for 7-years.  In 2004 Chief Buchanan was hired on as a full-time officer, and in 2005 moved to a Part-Time Officer position where he served until 2009.  In August of 2009, Chief Buchanan returned to full-time status and was assigned to the Patrol Division as a School Resource Officer.  On April 1, 2013, Chief Buchanan was promoted to the rank of Sergeant and in August of 2013 reclassified to the rank of Lieutenant.  On December 31, 2017, Chief Buchanan was promoted to Captain where he served as the Commander of the “Special Services” Division.  In January of 2020 Chief Buchanan assumed the role as the department’s Operations Commander where he oversaw the day-to-day operations of both the Patrol and Investigations sections until his recent promotion to Chief of Police.  Additionally, Chief Buchanan is a Defense Tactics Instructor, ASP Instructor, Active Shooter Instructor, a Child Passenger Safety Seat Technician, and Crisis Negotiators.

Chief Buchanan was the recipient of the 2010 “Officer of the Year” award.